The Case of the Mario Maniac

Since starting to work at Her Interactive I’ve seen some pretty weird around here, but walking in yesterday I saw something stranger then usual: two giant murals made entirely out of post-it notes. Stranger still is that the culprit has yet to name themselves!

The first creation is of a mushroom: 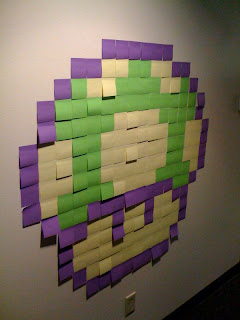 The second is a Picture of Mario himself: 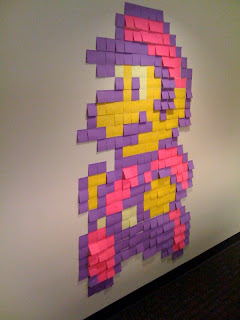 Pretty amaing huh? Not to mention surprizing that no one has claimed it as their own! If I was capable of making something that cool I would be so proud that I’d make sure everyone knew it was me!

10 responses to “The Case of the Mario Maniac”